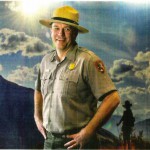 Rutgers graduate Ben Bobowski (CC ’91), who earned a bachelor’s degree in forestry and wildlife management, has been selected as the new superintendent of the Wrangell St. Elias National Park and Preserve, part of the National Park Service (NPS), in south central Alaska.

Bobowski, who will soon begin his tenure in Alaska, is currently the Acting Superintendent for Rocky Mountain National Park, in Colorado, where he’s been the chief of resource stewardship since October 2007. He was previously the chief of resource management at Grant-Kohrs Ranch National Historic Site from 2002-2007 and a range ecologist at Glen Canyon National Recreation Area from 1998-2002.

He began his NPS career in 1998 as a part of the Student Career Experience Program, since renamed the Internship Program of the federal Pathways Program aimed at providing clear paths to internships and careers in the federal government for students and recent graduates.

Over his NPS career, Bobowski has served in several collateral duties for the Washington D.C. Support Office, including five years as the Servicewide Grazing Coordinator and co-author of the NPS Climate Change Response Strategy. He is currently an NPS team member rejuvenating UNESCO’s Biosphere Reserve Program in coordination with the U.S. Department of State.

Ben has served details as the Deputy Director of Science at the Grand Canyon, Acting Superintendent at Grant-Kohrs Ranch National Historic Site and has been affiliate faculty at several universities. He holds both a master’s and doctoral degree in range science from Utah State University.