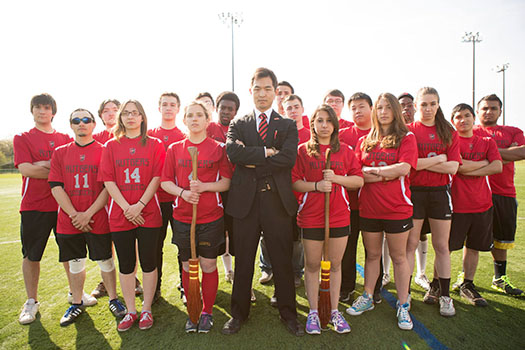 While the bludgers, quaffles and snitches have been adapted for muggles playing on solid ground rather than flying on broomsticks, the fantasy sport of Quidditch from the Harry Potter series is a real and competitive sport on many college campuses throughout the world. Nutritional sciences major Kristin Lawton is a huge Harry Potter fan and one of the 13 women on the Nearly Headless Knights team.  “My requirement when I applied to college is that the school have both a marching band and a quidditch team,” said Lawton, one of the team’s chasers. “Luckily Rutgers had both.” Read more at Rutgers Today.