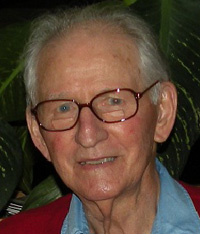 Francis Mansue, former county 4-H agent and associate 4-H extension leader in New Jersey was inducted into the National 4-H Hall of Fame on Oct. 12, during observances of National 4-H week at the National 4-H Youth Conference Center in Chevy Chase, Maryland. Mansue was a county 4-H agent for 18 years and was well respected by clientele and colleagues alike for his work in both Passaic and Ocean counties. While serving as the State 4-H Department Chair in the early 1970’s, his practical experience of working on the county level and vision for the future allowed him to position the New Jersey 4-H Program to do more work in an increasingly urban environment. He obtained a grant to establish a first-of-its-kind, inner-city 4-H program in Newark, NJ.

In 1942, Mansue earned a bachelor’s of science degree in agriculture from Rutgers University. After serving in the U.S. Army for 4 years, he started his 4-H Cooperative Extension career in 1946 as the Passaic County 4-H Agent. He spent 6 years in that position before serving as the 4-H Agent in Ocean County for 12 years. He become the Associate 4-H Extension Leader for the College of Agriculture & Environmental Science in 1964.

Throughout his professional career, Mansue emphasized the importance of developing leadership among youths and worked tirelessly to mentor 4-H members. Learn more on Fran Mansue.