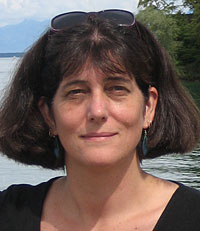 Liz Sikes (Marine and Coastal Sciences) has received a prestigious Hanse-Wissenschaftskolleg fellowship. Sikes will be working with colleagues from The Alfred Wegener Institute for Polar and Marine Research, the University of Bremen and the Max Planck Institute for Marine Microbiology. As a Hanse Fellow, Sikes will be in residence in Bremen, Germany, for the summers of 2012 and 2013, collaborating on the joint project, “Sources and fate of detrital particulate carbon in a coastal plain estuary,” investigating carbon cycling in the Delaware River estuary to assess burial (sequestration) versus biological re-mineralization of carbon along the estuary’s chemical gradient. The goal is to improve understanding of carbon budgets within estuaries as well as the influence of estuarine processing on carbon that is delivered to the ocean.  Read the press release.