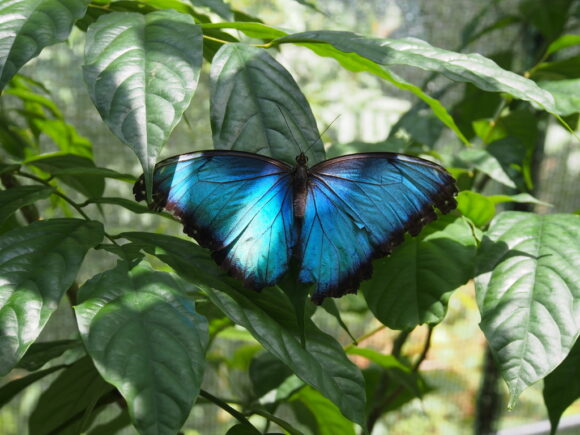 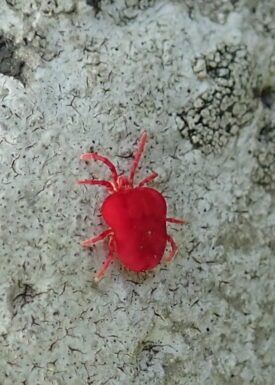 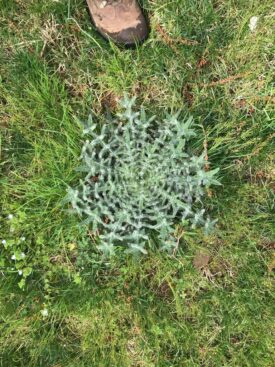 Leaf rosette of the bull thistle.

What is that spider on that rock? That yellow spring flower is strange; what is it? Is that a weed in my backyard? Should I remove it? What kinds of birds will I see this spring? Wow, that’s a weird-looking red, black and white bug; what is it? Is there more than one kind of chipmunk in our forests?

By joining the Personal Bioblitz, launched in 2014 by Lena Struwe, director of the Chrysler Herbarium and professor of botany at Rutgers School of Environmental and Biological Sciences, you can learn and explore all the non-human living things around you. This annual challenge to observe and report as many wild species as possible from your everyday life uses the global community science website and free app, iNaturalist, as an easy way for anyone, anywhere to join in. You do not need to know any species to participate, iNaturalist does it for you, allowing you to learn new species as you observe them.

We live in a world of great biodiversity, but frequently don’t notice or recognize many of the living things in our homes, gardens, parks, and cities. Pileated woodpeckers are stripping the bark of ash trees dying of emerald ash borer infestations in the forests, and the bloodroot and trout lilies will soon peek up through the soil and flower. Bumble bees and yellow-rumped warblers will fly through the air, and the hairy cress will shed its seeds through explosive fruits in our gardens.

There are so many fascinating living things to discover—some beautiful, some weird, some interesting—and all part of our everyday world, if only we look a bit closer. The Personal Bioblitz helps participants to become explorers of what is already here nearby—easily reporting observations, with photos or sounds, anything you see or hear.

The global community effort on iNaturalist is unique in its scope and impact. Since iNaturalist was started by two graduate students, it has grown to over 90 million observations and 2 million users active in many different projects. In 2021 the Personal Bioblitz project broke all records, with 114 participants from all over the world reporting over 68,000 species sightings of nearly 9,000 species, identified by nearly 3,000 users on iNaturalist. Now in its ninth year, the Personal Bioblitz will try to break its own record.

Each year during the Personal Bioblitz there have been new unexpected discoveries, from species that have never been photographed before, to new records for New Jersey and beyond, added to iNaturalist. Many of these are obscure plants and animals or smaller microscopic species not visible to the naked eye.

There are many old collections and reports in natural history museums and published books, which have yet to be recorded on iNaturalist and confirmed as still present in our environments. The world of biodiversity is also changing; species are moving and being moved around, and climate change is affecting what species can live where. By documenting these species and changes on iNaturalist, Bioblitz observers provide scientists with updated and new data. 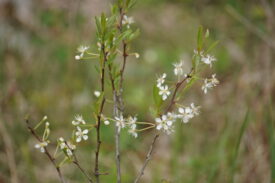 In 2021, Sara Rall, a New Jersey naturalist—part of the leadership team for the Personal Bioblitz and the top 4th iNaturalist observer in terms of number of observations—had the first record of Sesquehana sandcherry (Prunus susquehanna) for New Jersey on iNaturalist. 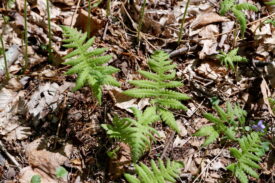 Bonnie Semmling (SEBS’22)—Environmental Policy, Institutions and Behavior major, George H. Cook honors scholar and lead undergraduate intern at the Chrysler Herbarium—used old herbarium records to rediscover and report the northern beech fern (Phegopteris connectilis.) On the last day of the Bioblitz, in May of 2021, Semmling also found purple meadow parsnip (Thaspium trifoliatum), another New Jersey first on iNaturalist. This carrot-relative is at its northern edge here, and is more commonly found in southern states. 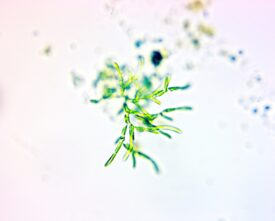 Some organisms are not rare but few look for them, especially if they are small or obscure. During last year’s Bioblitz Lena Struwe took a water sample from a puddle in a meadow and found the microscopic green algae Microthamnion kuetzingianum—no common name, but micro+thamnion means ‘little shrub’—for the first time in New Jersey. Later in 2021 she went to a pond in Davidson’s Mill Pond Park in Middlesex County, New Jersey, and by using a microscope she unexpectedly found the tiny animal rotifer Limnias melicerta (identified by an expert on iNaturalist). This was the first iNaturalist report in the world for this cool plankton-eating animal that has two whirly gigs on top of a tube. “Strange and wonderful things are right around us if we just look, take photos, and put them out there to the global community for help in identifying them,” said Struwe. Don’t you wonder what is in your backyard or neighborhood park?

The Personal Bioblitz runs from March 1 to May 15 each year. The iNaturalist website automatically calculates species totals, for you personally, for the whole project, as well as various projects for future or current scientific research, bioexploration and engagement projects.

Everything seen in New Jersey gets added to the mega project New Jersey Biodiversity (currently at 900,000+ observations) to create a species list for the state; and everything seen at Rutgers gets added to the project Flora and Fauna of Rutgers University, where you can compare statistics from campuses and non-campus areas such as NJAES farms and research stations. But you can join the personal Bioblitz wherever you are in the world.

Challenge a friend, parent or sibling to see who records the most observations and become part of the scientific community around you!

More information about the Personal Bioblitz, including how to join, can be found on this website.