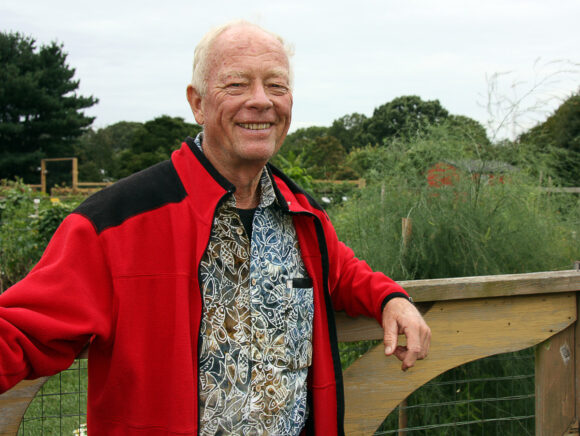 Message from Richard Alomar, associate professor and chair of the Department of Landscape Architecture.

The SEBS community is mourning the loss of Bruce ‘Doc’ Hamilton who died on August 31. Bruce was a Rutgers alumnus from the College of Agriculture and Environmental Science, going on to Penn State for his M.S. and Ph.D. degrees. He returned to the faculty in June of 1966 to teach classes on Plant Materials and Residential Landscape Design in the Department of Horticulture and Forestry and then later joined the Department of Landscape Architecture when that was formed.

As an undergraduate, Bruce was a member of the cooperative living group at Rutgers that later became Helyar House. Bruce and his wife Ellen were the first Residence Counselors at the Helyar House. Bruce was also the chair of the faculty advisory committee for Alpha Zeta. He was, first and foremost, a very gifted instructor who valued student education far and above advancing his own career, and he took great delight in teaching, mentoring, and guiding students into meaningful careers.

From 1991 to 2005, he served as the Director of Rutgers Gardens, laying the groundwork for a university public garden. He retired in 2006. In 2016, Rutgers Gardens launched the Hamilton Award, the university’s national horticulture recognition—named for and inspired by ‘Doc’ Hamilton.

“He was one of the more unique and committed people we had on our faculty, “said Board of Governors Distinguished Service Professor Mark Robson and Doc Hamilton’s graduate assistant from 1977 to 1979. “Adored by many, he was a generous, kind and thoughtful person, an advocate for many causes and a superb teacher.”

Bruce gave 100 percent to Rutgers, his time, his energy and his heart. His family is hopeful that a public memorial will take place late in October to celebrate his life.