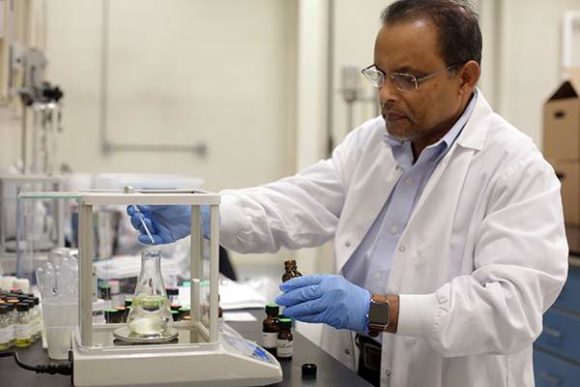 Have you ever spotted Soupman products in your local grocery store? What about the plant-based Impossible Burger on the menu at any of 5,000 eateries from Michelin star restaurants to White Castle?

Without the Rutgers Food Innovation Center, it’s likely neither would have been brought to market.

Tucked away in a Piscataway industrial park is Rutgers FIC North, which along with FIC South in Bridgeton provides business incubation and acceleration programs for food companies from around the world.

This FIC is not your typical business incubator, nor is it your typical shared kitchen. It’s a one-stop shop that can bring a business from concept to creation, and according to FIC North Director Nolan Lewin, it has the only shared kitchens in New Jersey with the proper U.S. Department of Agriculture and Food and Drug Administration credentials to sell products directly to market.

“Typically, shared kitchens where you can rent for $20 to $40 an hour are not under USDA or FDA certification. That makes us unique in the industry,” said Lewin. “We can produce almost any product from any material, whether it’s meat, poultry, dairy or any food ingredient, from concept to sale of product out of one facility.”

When businesses come in with an idea, Lewin said, the center helps to formulate a prototype, make saleable products for the test market and then go into full-scale production with products for the open marketplace. “We go from idea to commercialized production under one roof.”

The FIC North facility has been under Rutgers guidelines since it was built in 1992, and for years received funding from the Department of Defense to enhance the technology behind the military’s Meal, Ready-to-Eat food rations for service members. When the department’s work wound down, Rutgers started allowing food companies to lease space to develop products for months at a time.

“Ultimately the goal was to help them grow their businesses and create jobs and contribute to their economic development of the state,” explained Lewin.

This ultimately led to Bridgeton facility, which was conceived in 2001 and opened seven years later.

Meanwhile, the eventual home of FIC North continued to support businesses like Soupman to develop products for store shelves. Since 2001, both FIC campuses have assisted in the development of more than 2,000 businesses.

The connections with FIC are everywhere. The world headquarters of Flavor Solutions Inc., which provides consulting services to the food industry, is in Piscataway on the North campus. There, it creates dry flavors for some of the biggest names in fast food — though they are contractually obligated not to reveal them.

The FIC’s focus on attracting international business earned it a Soft Landings designation from the International Business Innovation Association, and it remains the only program dedicated to food innovation with this designation.

Through its Soft Landings program, the FIC ushered into the U.S. market the Italian-based gluten-free bread Dr. Schär, which had already been popular in Europe for decades. Dr. Schär spent years at FIC looking into American flavor preferences, prototype development and ingredient sourcing. After producing at FIC South in its first two years, the company built a factory in Logan Township where it continues to produce today.

“A company that wants to establish a presence in the U.S. market can come into a place like this and Americanize their products, do early production, and while they’re doing that, build the facility in New Jersey to create new revenue and new jobs. As a story, [Dr. Schär] is really one of the best ones,” said Richard McArdle, executive director of Rutgers FIC.

The products of international companies have to meet U.S. regulations and may need to be relabeled, he said. “Some of these companies do not have a place to produce their first production in the U.S. We can accomplish that for them, “McArdle said, and then they may establish a presence here.

And when the FIC does bring food to market, it does so with incredible care.

All food manufacturers have to follow guidelines laid out by the Food Safety Modernization Act of 2011 to lower the likelihood of outbreaks of foodborne illnesses. With the gradual rollout of FSMA guidelines — there are seven — food manufacturers of all sizes need to have at least one person trained on each of the rules. 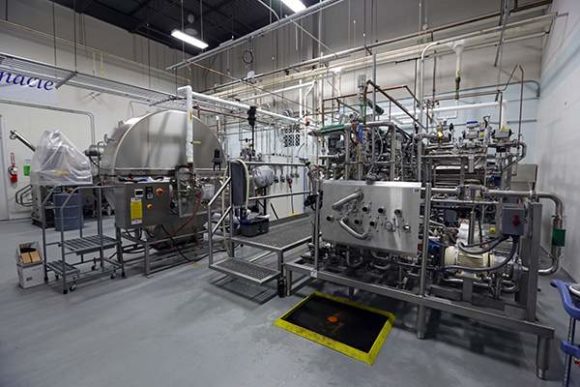 The FIC offers that training.

“Collectively we touch around 2,000 people a year,” Lewin said. “Sometimes we have one person from a company, sometimes we have 10 or so people who come in from one group. They’re the quality people, the production people; sometimes we even get the owners of the companies themselves. Once they’ve been trained, they’re trained forever unless there are changes to the regulations.”

Donna Schaffner, who runs FIC’s FSMA training program, is a lead instructor. She trains USDA and FDA auditors who make sure companies are in compliance. They offer the training at both facilities, but Schaffner also travels around the country.

All in all, the Rutgers FIC goes beyond a test kitchen, business incubator and processing facility.

“It’s a one-stop shop, especially if you’re not that knowledgeable in the industry. You may not know all of the hoops you need to jump through and the regulations that you need to follow,” said Lewin, who before taking his position at FIC North was the plant manager at LiDestri Food & Drink in Pennsauken, where he helped scale up the Bai beverage until it was sold to Dr. Pepper Snapple Group.

McArdle, on the other hand, spent 30 years in R&D, most recently as the vice president of research and innovation at ConAgra Foods.

“We’re all industry vets,” said Lewin. “We come from manufacturing, R&D, big food companies, small food companies. Whether we can do all of it in house or just refer people we know in the industry, [that background] gives us a lot of strength.”