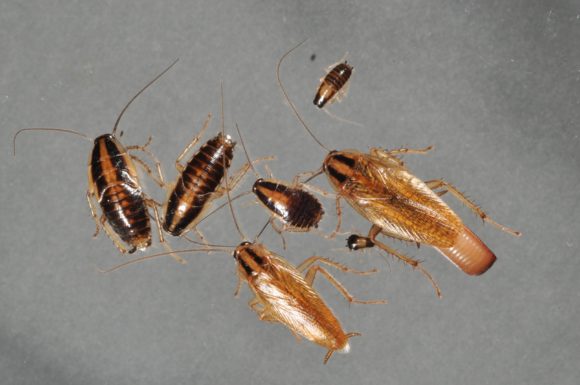 With the support of a grant from U.S. Department of Agriculture Northeastern Integrated Pest Management Center, Changlu Wang, associate extension specialist in the Department of Entomology, and his team of researchers discovered that home sanitation and residents’ attitudes were a good predictor of the presence of German Cockroaches (Blattodea: Ectobiidae) in their apartments. The study was published in the Journal of Economic Entomology. 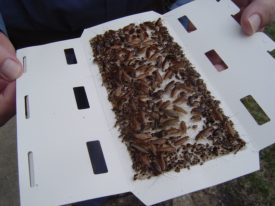 The team conducted interviews with residents of 388 randomly selected apartments in seven low-income senior citizen buildings in New Jersey. Apartment conditions were also assessed and glue traps placed to detect the presence of the cockroaches.

The German cockroach is the most common indoor pest in the United States and is also found worldwide. German cockroaches have evolved to be associated with the human living environment. Apartment buildings are more likely to have these pests as cockroaches can easily spread among apartments through common pipes on walls and ceilings or through the doors.

The researchers found 29% of the surveyed apartments had German cockroaches, a high rate compared to the rest of the society. Surprisingly, 35% of the residents whose homes had cockroaches were unaware of their presence. This is alarming because residents’ lack of awareness will allow cockroaches to continue to reproduce, contaminate food, spread to neighbors, leave cockroach allergens which can affect occupants’ health, and contributes to the failure of future efforts to control infestations.

Finally, residents who were more tolerant to cockroaches had higher rates of cockroach infestation and higher cockroach numbers in their apartments.

Researchers concluded that in order to improve cockroach control in these communities, it will be necessary to educate residents on the dangers of infestation, and to help them improve housekeeping through education and assistance from community and housing management.

Read the report in the Journal of Economic Entomology.