Originally heard on All Things Considered

New Jersey is on its way to becoming only the second state to declare an official state microbe. The candidate bacteria, Streptomyces griseus, is commonly found in soil.

New Jersey – you just can’t keep it down.

The state is well on its way to having an official state microbe.

CHANG: That’s right, microbe. That would make it the second state to have one. Ari, tell us which one was the first. 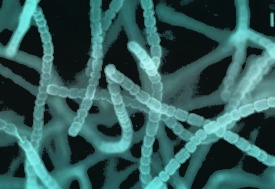 CHANG: I’m not even going to try to say that. That’s Doug Eveleigh, a retired Rutgers University professor of microbiology. He says that wispy bacterium is the perfect microbe for New Jersey.

EVELEIGH: First is it was discovered here in a New Jersey soil. It also came from the gullet of a healthy chicken, so there were two isolates, both New Jersey.

SHAPIRO: Clearly, he does not have a New Jersey accent, but professor Eveleigh is full of Rutgers pride. A team from his university discovered this microbe in 1943. The drug made from it is streptomycin, which proved effective against many infections that penicillin couldn’t treat.

CHANG: Streptomycin – a big New Jersey medical advance. But wait. Wasn’t there something about a healthy chicken and its gullet? 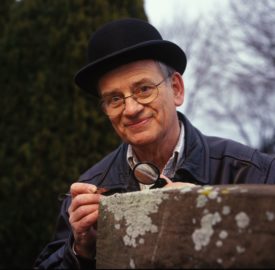 EVELEIGH: (Laughter) That’s right. The chicken story – you know, that’s been written up, and the idea there was the professor who was looking at that, he considered, why is a chicken healthy? So he was looking for organisms in the throat of the chicken basically. There’s something there maybe inhibiting pathogens.

SHAPIRO: And sure enough, that New Jersey chicken had the soon-to-be state microbe in it doing what a good microbe does.

SHAPIRO: It’s halfway there. The measure bestowing this honor has passed New Jersey state Senate and is awaiting action by the state assembly.

Copyright © 2018 NPR. All rights reserved. Visit our website terms of use and permissions pages at www.npr.org for further information.