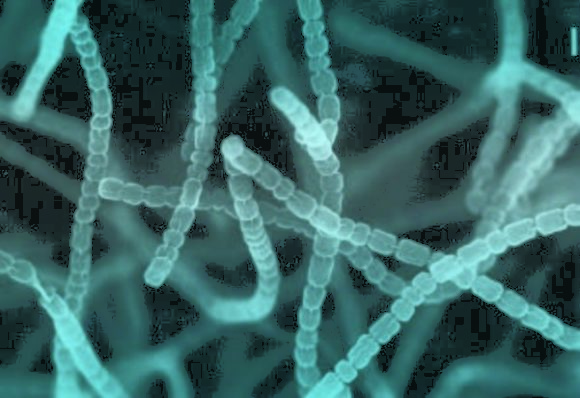 Pending bill would honor bacterium that helps to cure tuberculosis

The 1943 discovery at the New Jersey Agricultural Experiment Station defined Rutgers’ role as a leader in antibiotic research and had a profound impact on global health. Professor Selman Waksman and graduate students Albert Schatz and Elizabeth Bugie found that S. griseus produces an antibiotic, which they named streptomycin, that kills the bacteria that cause tuberculosis, cholera, typhoid and dysentery, all of which were resistant to penicillin. Waksman was awarded the 1952 Nobel Prize in Physiology or Medicine and is the namesake of Rutgers’ Waksman Institute of Microbiology.

The New Jersey State Senate last week voted 33-0 to approve a bill that would name S. griseus the Garden State’s state microbe, and the legislation is pending in the state Assembly.

Microbiologist Max Häggblom, distinguished professor in the Department of Biochemistry and Microbiology, discusses the push for a state microbe.

Who first proposed that New Jersey have a state microbe?

Professor Doug Eveleigh in the Department of Biochemistry and Microbiology for many years advocated for a New Jersey State Microbe. John Warhol, a Rutgers graduate who studied microbiology, finally convinced the state Senate to introduce the bill. He wrote the book Dr. Warhol’s Periodic Table of Microbes, The Small Guide to Small Things and is involved in microbiology outreach.

Why should New Jersey have a state microbe?

We live in a microbial world, or the microbial world, as some people put it. Microbes are in us, they are on us, we need them, we use them and that’s why they matter. Microbes are not just germs. They do good things, like producing antibiotics, and what better microbe to name than Streptomyces griseus, which in many ways galvanized the pharmaceutical industry in New Jersey, providing thousands of jobs?

How important was the discovery of Streptomyces griseus and streptomycin in terms of microbial and medical history?

It changed the world. The Rutgers legacy is one of launching soil and environmental microbiology as active research disciplines. In 1903, Jacob Lipman became the nation’s first professor of soil bacteriology. Waksman, as a student, found that the filamentous actinomycetes in soil were actually bacteria and not fungi. Several years later, he shifted his research emphasis to antibiotic discoveries that eventually led back to actinomycetes, a group of poorly understood bacteria that include Streptomyces griseus, playing a central role. Waksman’s student, Boyd Woodruff, was the first student to go into antibiotic research. Woodruff developed a screening system for finding antibiotic-producing bacteria in soil. Waksman, Schatz and Bugie used that system in their discovery of streptomycin. Woodruff went to Merck and eventually headed the company’s natural products discovery division. Many different students eventually discovered about 20 antibiotics at Rutgers. Some of them were too toxic to be used in medicine – they could kill microbes and people – but some still have potential as cancer therapies. Two, neomycin and candicin, are still used today, while actinomycin is used in cancer therapy.

Do scientists still have a lot to learn about microbes and their functions?

Indeed. Basically, microbes are what make the earth’s biosphere function. They will do very well without us, but life would not survive without them. Microbes drive all environmental and biochemical processes.

How much does the public know about microbes?

Very little. The effort to name a state microbe is the beginning of trying to educate everyone about what microbes are, what they do, when they’re good, when they’re bad and their importance for humans.