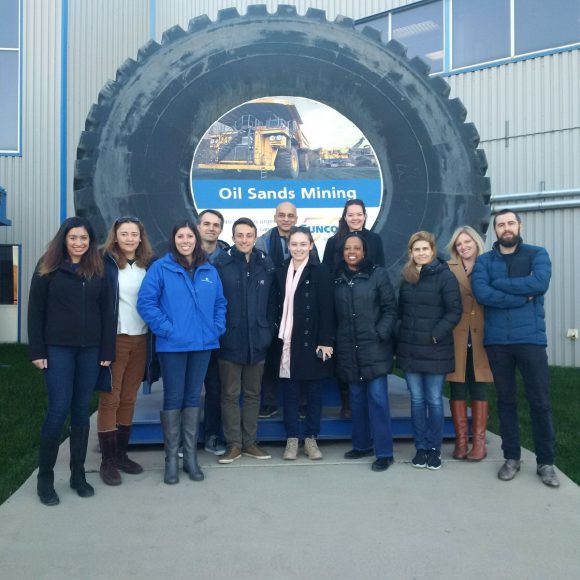 Dr. Nirav Patel (back row, center), pictured with colleagues who participated in the oil sands tour in Alberta, Canada.

The Consulate General of Canada (CGC) in New York, which includes New Jersey as part of its territory, reached out to the Rutgers Energy Institute for participants in an oil sands tour. Oil sands is a naturally occurring mixture of sand, clay or other minerals, water and bitumen.

The CGC, which is responsible for energy- and climate-related advocacy, organized the tour to Alberta for a group of energy experts drawn from academia, think tanks and sector organizations from within the Consulate General’s territory.

Representing the Rutgers Energy Institute (REI) was Nirav Patel, research scholar and director of experiential learning at Rutgers Honors College, who sat down for a Q&A following the four-day tour to Alberta.

Why did you go on the tour? 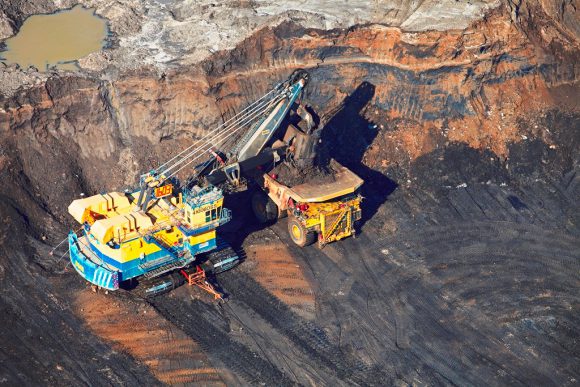 Patel: I study the role of energy education on fostering environmental behavior. The trip was a significant opportunity to discern the facts from myths and misunderstandings that are often reported in popular press on energy production and specifically as it relates to Oil Sands of Alberta. Secondly, given that the trip was being organized by the public policy arm of the Consulate General of Canada in New York, I was representing Rutgers Energy Institute’s mission to offer policy advice to government, business, and civic leaders on energy. The trip consisted of a dozen academics and public policy institutes, including New York University, University of Pennsylvania, University of Delaware and Pennsylvania State University.

What did you find out?

Patel: It was striking to learn that conventional oil and gas wells in Alberta decreased 37.2% last year but advanced drilling using horizontal multistage fracturing has led to an increase of natural gas production in Alberta. More recently, big oil companies have left the region and this has made way for smaller Canadian companies to use new methods of capturing oil sands. In particular, there is an increased emphasis by Canadian companies on methods like steam-assisted gravity drainage (SAGD; “Sag-D”). However, this may be a temporary reduction given current market prices since according to Alberta Energy Regulator (AER) the province has an estimated 1.8 billion barrels of oil, and the recoverable amount is much higher ~19.9 billion barrels. It was most interesting to know that 53% of the world’s open and accessible reserves are in Alberta’s oil sands.

What are the implications of your findings for the climate and environment? 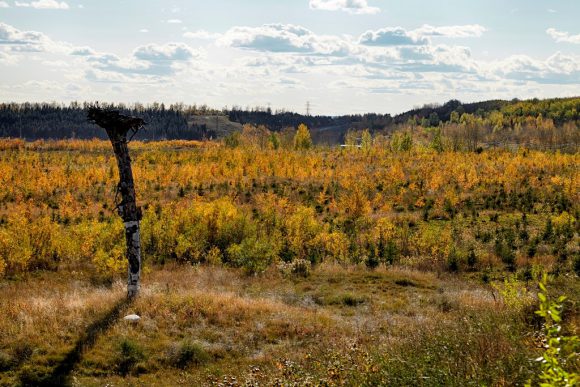 A tailings pond, post-mining, transformed into a 220-hectare watershed named Wapisiw Lookout, capable of supporting a variety of plants and wildlife.

Patel: The implications are nuanced. We continue to import oil in to the United States; over 38% of it comes from Canada, much of which comes from Alberta. What is significant, however, is that Canada, and specifically the province of Alberta, is managing its resources by incorporating a Pan-Canadian framework which was developed as part of the Climate Leadership plan following the Paris agreement. It has specific goals on phasing out emissions by capping the oil sands emissions at 100Mt CO2e. All of these reductions have to be “additional”, which means that Alberta will continue to produce oil from oil sands but do so by utilizing a change in practice or technology that is inherently less carbon intensive. The most important lesson here is not asking if we need oil but how can we systematically phase out carbon intensive fuels by supporting bridge fuels and technology that would allow such a transition to occur here in United States as well. After this trip, it would seem we have something to learn from our neighbors in the north. My personal view on the implications of oil production and its value is that at the end an inflection point for a sustainable future will rest squarely on better energy production and responsible energy consumption. We have much to do on the latter but it is certainly helpful that private energy companies in Alberta are being mindful about the former.