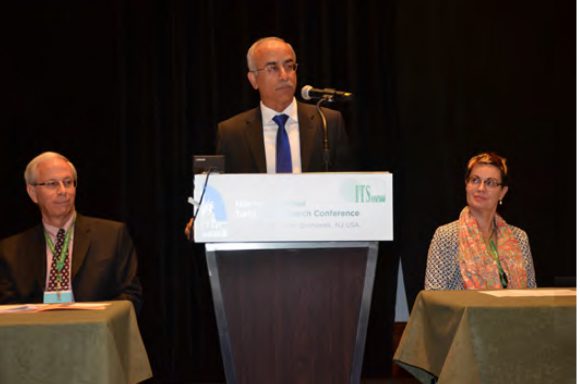 By Bruce Clarke, Director, Rutgers Center for Turfgrass Science and ITS Immediate Past-President

The 13th International Turfgrass Research Conference (ITRC) was held at the Hyatt Regency Hotel in New Brunswick, NJ from July 16-21, the first time since 1993 that the ITRC has been held in the U.S. Traditionally, International Turfgrass Research Conferences are among the largest and most comprehensive gatherings of turfgrass professionals anywhere in the world. This year’s conference was no exception, with over 480 registrants from 24 countries in attendance. Conference delegates enjoyed keynote addresses, scientific sessions and field tours, and appreciated the frequent opportunities to network and several New York City and New Jersey attractions. As a result of the conference, over 145 papers were published in three journals. As the host, Rutgers administrators, faculty and staff played key roles in many aspects of the conference.

The major highlights of the conference included a “what’s new in industry” session, the conference opening session and keynote presentations, a graduate student oral competition and breakout sessions focusing on cutting-edge topics in breeding and genetics, physiology, microbiomes, establishment and management as well as major turfgrass pests.

The Scientific Program Planning Committee, led by Rutgers distinguished professor Bingru Huang, put together an educational program based on the conference theme, “Meeting the Challenges of a Changing Environment.” This theme was chosen for the 2017 conference because it reflected the tremendous impact that the environment has had and continues to have on our personal and professional lives. From the changing climate, to the changing regulatory environment for pesticides and fertilizers, and the rapid technological changes in molecular biology and other aspects of turfgrass science, the environment continues to affect the way we live and conduct turfgrass research.

Center for Turfgrass Science director and, at the time ITS president, Bruce Clarke officially opened the 13th ITRC with an overview of the conference, addressed the importance of the conference theme and introduced dignitaries including Robert Goodman, executive dean of the School of Environmental and Biological Sciences and executive director of the New Jersey Agricultural Experiment Station, and Debasish Dutta, chancellor, Rutgers University-New Brunswick, who both welcomed conference attendees on behalf of Rutgers. The opening session concluded with a 15-minute video titled, “Understanding the mechanisms that drive global and regional climate change.” Professor and Chair of the Department of Environmental Sciences Anthony Broccoli, co-director of the Rutgers Climate Institute, could not attend the conference but was featured in the video, which gave a New Jersey perspective to a global problem.

A student competition was held to showcase some of the exciting research that graduate students are conducting in turfgrass science. Students from the U.S, Canada and Japan participated in two subject matter categories: 1) Turfgrass Diseases and Soils and 2) Turfgrass Physiology. 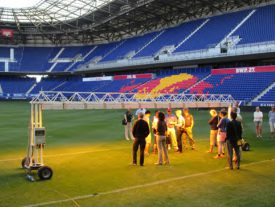 Participants at the Red Bull Arena. Photo courtesy of B. Clarke.

A full day of technical tours was offered, highlighting the extraordinary range of turf venues in the New Jersey/New York City region. There were six tours to choose from: 1) The United States Golf Association Museum/Testing Facility and Baltusrol Golf Club, the host location for the 2016 PGA Championship; 2) The Red Bull Arena, home of the New York Red Bulls Major League Soccer Team and Bayonne Golf Course, called “the most audacious golf course in the world” by Sports Illustrated Magazine; 3) The Quest Diagnostic Training Center, New York Giants American Football Team; and Yankee Stadium, home of the world famous New York Yankees and the New York City Football Club of Major League Soccer; 4) Tuckahoe Sod Farm, one of the largest and most successful sod farms in the United States; and Monmouth Park Racetrack, the site of the 2007 Breeders Cup, one of the premier horse racing events in the world;  5) Central Park (the iconic green space on Manhattan Island) and the American Museum of Natural History/Hayden Planetarium, one of the world’s pre-eminent scientific and cultural institutions renowned for its exhibitions and scientific collections and 6) The New York Botanical Garden, a national historic landmark and one of the top botanical gardens in the world with an extensive collection of plants and gardens. 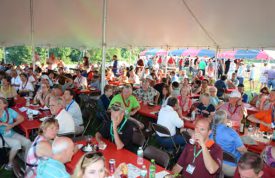 The tour day concluded with over 400 people attending a cocktail reception, an American-style BBQ, and an opportunity to informally view research plots at the Rutgers Turf Research Facility at Hort Farm 2 in New Brunswick. 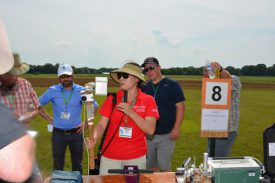 An optional afternoon tour of the world-famous Rutgers Breeding Program’s Adelphia Research Farm was offered at the conclusion of the conference. Over 100 people attended this tour which focused on the Rutgers Turfgrass Breeding Programs of professors Bill Meyer and Stacy Bonos; current research in turf physiology by Bingru Huang; entomology by extension specialist Albrecht Koppenhöfer and weed science by assistant extension specialist Matt Elmore.