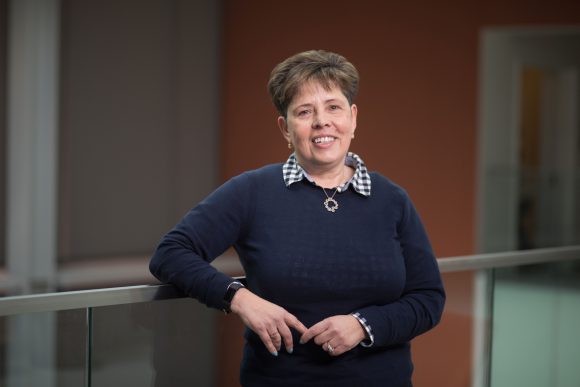 It’s a poison naturally found in castor beans. It’s viable in powders, pellets, and water-based mists. If inhaled, ingested, or injected, it can cause death in merely 36 hours. And, there’s no known antidote, inhibitor, or vaccine should someone be exposed.

“Ricin is one of the most potent toxins known,” explains distinguished professor of plant biology Nilgun Tumer, who recently earned a grant of over $2 million from the National Institutes of Health to study the ricin intoxication pathway and identify inhibitors that can impede its activity. What makes ricin so dangerous is that it binds tightly to the ribosome ultimately causing cell death, so Tumer’s research focuses on preventing or reversing this binding.

In the new grant, she will utilize peptide arrays and a technology called fragment-based lead discovery (FBLD) to discover inhibitors of ricin. “We are using new approaches to identify the inhibitors,” she says. “The goal is to use this information and the compounds we identify, whether it’s the peptide or a fragment, and convert them into potent therapeutics against ricin toxin in the future.”

Ultimately, Tumer hopes her findings can provide new information about the mechanism by which ricin binds to ribosomes and destroys them: What is the recognition event? What is the sequence? What are the key components of the ribosome that lead to such tight binding with ricin? Her research may hold the key to future therapeutic applications.

Editor’s Note: this article originally appeared in the Spring 2017 edition of Explorations.