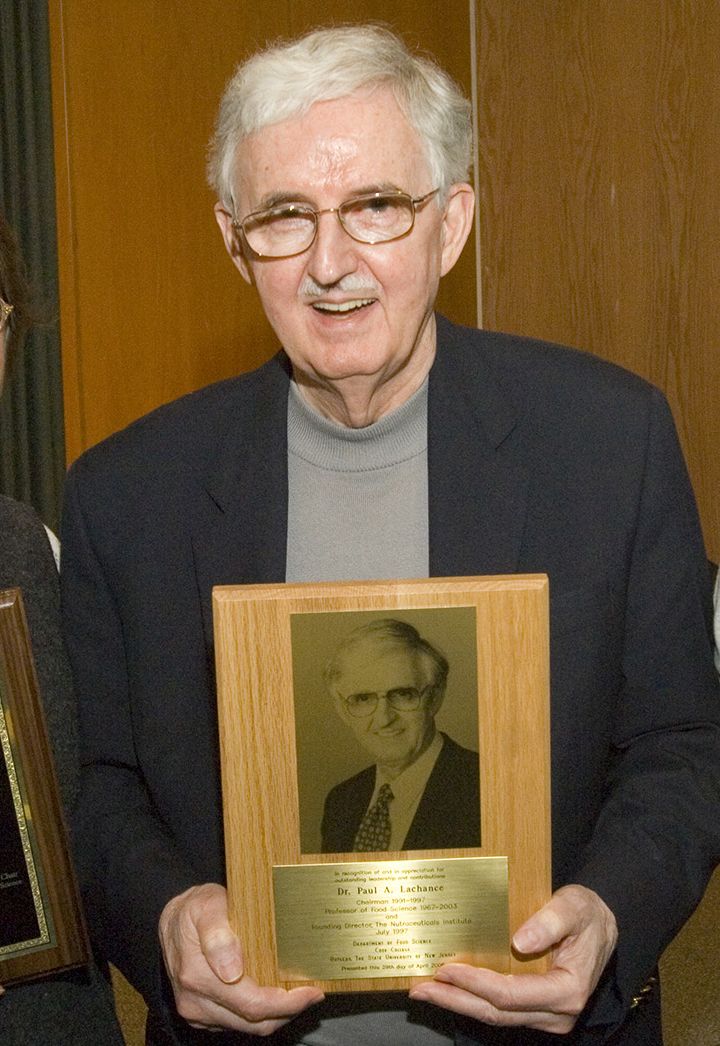 The Rev. Dr. Paul A Lachance, professor emeritus of food science, passed away on January 21, 2017 in Somerset, NJ; he was 83. Before his 40-year career as a Rutgers professor, Lachance was responsible for establishing the hazard analysis and critical control points system (HACCP) to make food safer and for the research and development of aerospace flight food and astronaut nutrition at the NASA Manned Spacecraft Center, Houston. Lachance also wrote the requirements for the Gemini and Apollo food systems, now a standard.

Lachance was a professor and chair of the Department of Food Science, director of the graduate program in food science and a major advisor to more than 60 doctoral and master’s degree recipients. As executive director of the Nutraceutical Institute he was responsible for a ground-breaking partnership between Rutgers and Saint Joseph’s University.

Read more about Paul A. LaChance at In Memoriam.