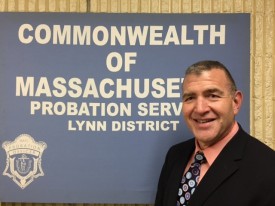 “I am proud and honored to serve as the new Chief Probation Officer at Lynn District Court. I look forward to working with the dedicated staff who assist court-involved individuals and maintain public safety in the community,” said Pennucci.

“Mr. Pennucci’s appointment places him in a critical management and leadership role within the Service. His selection is recognition of his talent, dedication, and passion for the dual mission of the Service which is to maintain the safety of our communities while guiding those individuals in our care and custody toward a better path in life,” said Commissioner Dolan.

Under Pennucci’s leadership, the Lynn District Probation Department works closely with the Lynn Police and neighboring police departments on the North Shore, including Beverly, Peabody, Revere and Salem. Probation officers are members of the Mental Health Roundtable, Domestic Violence Roundtable, and Project Cope, a community-based agency that focuses on the opiate epidemic. The department conducts a Changing Lives Through Literature Program for female probationers.