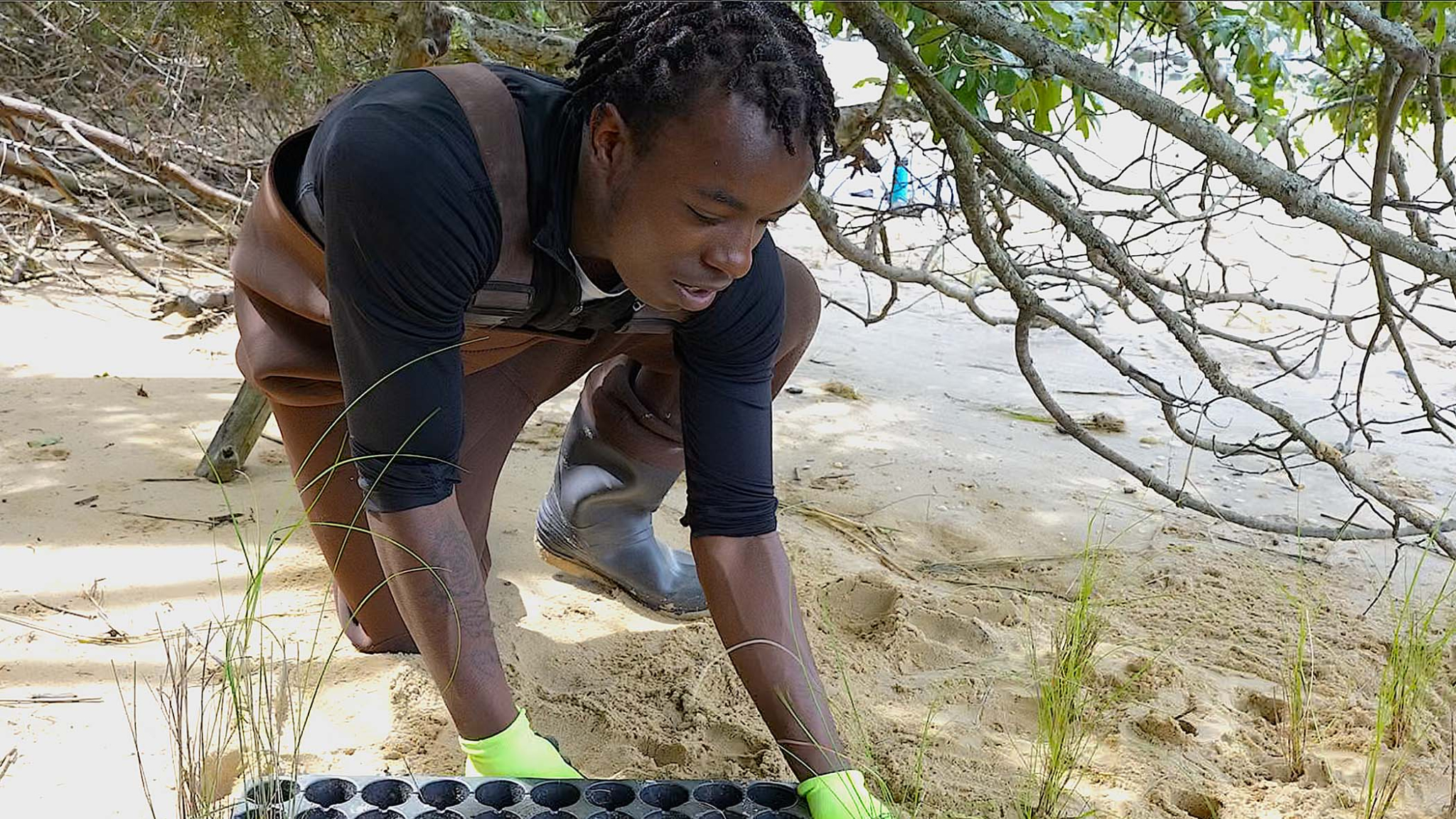 Rutgers scientists teamed up with high school students to build a living shoreline near the New Jersey Aquaculture Innovation Center in Cape May that helps reduce wave energy as it comes onto the beach. Photo: Dena Seidel.

Rutgers Scientists and high school volunteers from Camden are using nature to mitigate the effects of coastal erosion in Southern New Jersey.

Together they built a living shoreline near the New Jersey Aquaculture Innovation Center in Cape May that uses marsh grasses and recycled oyster and clam shells. The shells, incorporated into modified concrete blocks called Oyster Castles, fit together like Legos to help reduce wave energy as it comes onto the beach.

This living shoreline allows the sand and mud to build up behind it creating new marshland while also serving as a habitat for oyster larvae to attach and grow, said Jenny P. Shinn, a field researcher with the Haskin Shellfish Research Laboratory – which coordinated the project with students from the Urban Promise Academy in Camden.

The project is an alternative to building a traditional seawall of pure concrete or rock, which can have unintended consequences, said David Bushek, director of the Haskin research lab.

“Hard structures reflect the energy of waves and currents, transferring it elsewhere, which may cause damage even though it may protect the immediate shoreline,’’ he said. “Natural habitats tend to absorb and dissipate the energy stopping the impact rather than transferring it.’’

The project is part of Rutgers efforts to support the state’s shellfish industry. Rutgers scientists at the Aquaculture Innovation Center grow millions of shellfish every day for coastal restoration, food security and commercial farming.

The habitat created by the living shoreline will be home to a diversity of life that is not possible in a hard structure, Bushek said.

He hopes by next year to see new marshland – which provides a critical habitat for shellfish – has formed as a result of their work.

“This will actually be a nursery for all kinds of fish and invertebrates and things that live here along the coast,’’ Bushek said. “It is really important for food security in general to keep marshes healthy.’’