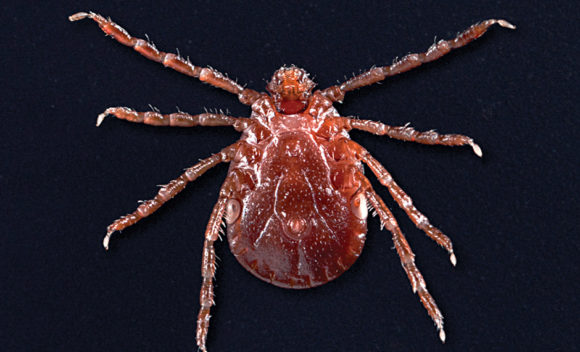 Researchers with the Rutgers Center for Vector Biology recently published the first scientific list of tick species confirmed in New Jersey, revealing that there are 11 known types, nine of them indigenous to North America and two invasive, including the recently identified Asian longhorned tick. Writing in the Journal of Medical Entomology, authors James L. Occi, Dina M. Fonseca, and Andrea M. Egizi (GSNB’14) also revealed that there are possibly seven other species present in the state—or will be. To address the threat, the Rutgers team has recommended tick surveillance initiatives throughout New Jersey. “A carefully tailored statewide tick surveillance program could provide basic but necessary information on which tick species are present, their principal hosts, and any pathogens that they may carry and transmit,” the authors wrote. “With this information in hand, public health professionals and physicians would be better able to inform and protect the public from tick-borne diseases.”