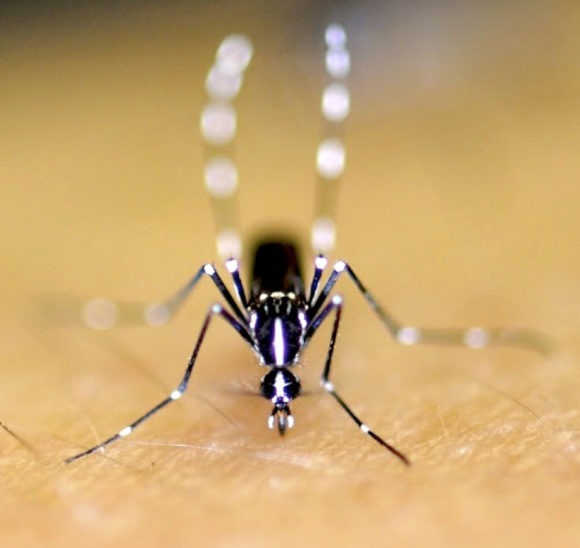 Thanks to an innovative mosquito control approach developed at Rutgers University–New Brunswick, residents in several Maryland neighborhoods reduced populations of invasive Asian tiger mosquitoes by an impressive 76 percent, on average.

The Rutgers-led project, called Citizen Action through Science (Citizen AcTS), mobilizes neighbors guided by scientists to address local problems, according to a study in the journal Scientific Reports this week.

This approach was tested in University Park, Maryland, which had about 1,000 residential yards infested with the invasive Aedes albopictus, primarily a major nuisance pest in temperate climates but a vector of chikungunya, yellow fever and dengue fever and even Zika in more southern latitudes. Facilitated by Rutgers scientists, more than 500 University Town homeowners purchased lethal oviposition traps in early 2017, set them up and maintained them over the summer. The insecticide used was canola oil, a common household item.

“The Citizen AcTS model rejects the top-down approach that has consistently led to mosquito control failures,” said study senior author Dina M. Fonseca, a professor in the Department of Entomology and director of the Center for Vector Biology. “Instead, this model works through respectful exchanges among scientists and residents that lead to trust, buy-in by residents and transferring program ownership to the community.” 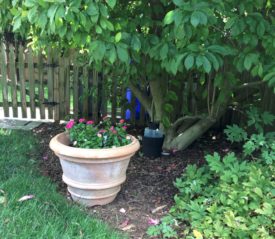 It has long been recognized that successful Aedes mosquito control programs in urban areas require community support. Worldwide, government and other organizations are increasingly using citizen-volunteers for large-scale mosquito surveillance and other labor-intensive activities. But using residents to control mosquitoes has rarely been successful due to high attrition and lack of personal motivation. However, immature mosquitoes that typically develop in small containers in residential yards are an especially good target for citizen efforts because it’s difficult for state and county professionals to access and treat yards.

Under the Citizen AcTS model, residents purchase, deploy and maintain low-cost (about $15) traps that target and kill egg-laying females. Volunteers, along with community leaders, are mentored by and work closely with scientific advisors.

The researchers hope their pioneering approach to urban mosquito control will inspire other communities to try it. Last summer, they worked with Sligo Park Hills in Maryland, Mt. Pleasant within the District of Columbia and Highland Park in New Jersey. Other communities in North Carolina, Virginia, D.C., Maryland and New Jersey have since expressed interest in trying this approach.

Long-suffering community members trying to get their neighbors interested in bee-friendly yards, solar panels or runoff prevention have expressed how easy it is to get everyone “on board” when the objective is to kill mosquitoes. “It’s a great conversation starter!”; “I have met all my immediate neighbors”; and “we are thinking of using the ‘mosquito network’ to strengthen our community” are examples of positive feedback.

The first author of the study, Brian Johnson, a former post-doctoral associate at Rutgers’ Center for Vector Biology, is a scientist at QIMR Berghofer Medical Research Institute in Queensland, Australia.