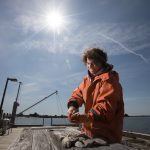 The New Jersey Agricultural Experiment Station 2020 Annual Report spotlights the many stories of outreach and resilience during COVID-19. To read more, see the NJAES 2020 Annual Report. Like many sectors in the global economy, the shellfish aquaculture industry has suffered significant economic decline, especially as shellfish farmers rely on direct sales to restaurants or on […] 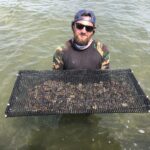 Shellfish aquaculture is one of the most important aquaculture industries in the U.S. and around the world. Among the most environmentally friendly food production systems on earth, shellfish farming boosts both socioeconomic and ecological benefits. New Jersey’s farm-raised shellfish are highly sought after, appreciated for their high quality and unique flavor. Currently, there are about […] 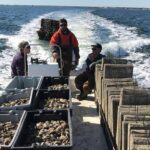 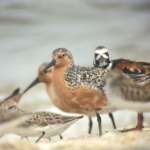 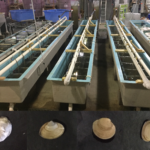 Rutgers study finds raising multiple species in the same area could benefit shellfish aquaculture Eastern oysters and three species of clams can be farmed together and flourish, potentially boosting profits of shellfish growers, according to a Rutgers University–New Brunswick study. Though diverse groups of species often outperform single-species groups, most bivalve farms in the United […] 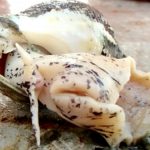 Common whelk live in one of the fastest-warming marine areas, Rutgers-led study says Climate change could threaten the survival and development of common whelk – a type of sea snail – in the mid-Atlantic region, according to a study led by scientists at Rutgers University–New Brunswick. The common, or waved, whelk (Buccinum undatum) is an […] 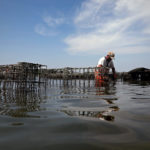 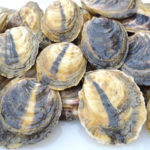 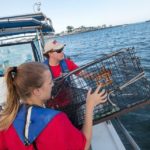 The Department of Marine and Coastal Sciences runs an NSF-funded summer oceanography internship program called Research Internships in Oceanography (RIOS), which is currently guided by professor Josh Kohut. The program, which has hosted 183 undergraduates from all over the US for the past 15 years, hosts interns in the study of a range of topics, […] 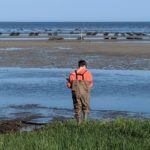 Joshua Daw, a Marine Biology major with a minor in Anthropology, is a unique combination of creative and meticulous, traits that are highly valued in painstaking data collection research projects like the one he’s worked on alongside his thesis advisor Daphne Munroe, associate professor at Haskin Shellfish Research Laboratory (HSRL) in Bivalve, NJ. As Munroe […]