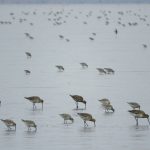 Red knots fall below 10,000 in aerial surveys Scientists from Rutgers University–New Brunswick and elsewhere documented fewer than 10,000 red knot shorebirds in Chile in January, down from more than 13,000 a year earlier. “Clearly, this subspecies of red knots – listed as threatened in the U.S. and endangered in Canada – is still at […] 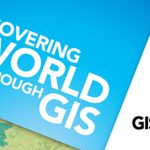 The field of Geographic Information Systems (GIS), which essentially involves viewing and analyzing the data in maps, was the focus of the Rutgers-style celebration of national #GIS Day on November 15. An evening that was ‘all about maps,’ the 7th GIS Awareness Event at Rutgers included lightning talks–less than 10 minutes–with speakers representing a variety […]