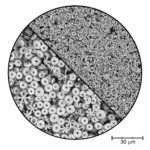 Rutgers-led study casts doubt on Himalayan rock weathering hypothesis A key theory that attributes the climate evolution of the earth to the breakdown of Himalayan rocks may not explain the cooling over the past 15 million years, according to a Rutgers-led study. The study in the journal Nature Geoscience could shed more light on the […]