A melting Antarctica alone could raise oceans by more than 3 feet by the end of the century if greenhouse gas emissions continued unabated, roughly doubling previous total sea-level rise estimates, according to new research… “We’ve been waiting for this paper. It has societal implications right off the bat,” said Ben Horton, a sea-level rise researcher at Rutgers University. He advises Delaware on sea-level rise, he said, and suggested to colleagues that they wait on a policy proposal to include projections from the new models.

If you were bitten by a mosquito last summer, or the summer before that, chances are it was an Asian tiger… “This is an odds situation,” Scott C. Crans, a field researcher at Rutgers University’s Center for Vector Biology, said by email. So far, 273 people in the U.S. are known to have picked up Zika, all linked to travel outside the country… Dina M. Fonseca, a Rutgers professor of entomology, has been studying Asian tiger behavior in different places. DNA analysis of blood from trapped mosquitoes found that albopictus was nearly 50 percent more likely to feed on humans in suburban Monmouth County than in inner-city Trenton. Her team surmised that the pit bulls kept in the city’s low-income neighborhood offered a preferable meal.

Here’s a scenario that might bug a lot of people: If New Jersey has a wet spring this year it could be the perfect storm for mosquitoes, after the state notched one of its warmest winters on record. Most species of these annoying blood-sucking insects …

Every winter, the Arctic Ocean’s sea ice cover reaches a peak and then declines with the onset of spring. That peak, recorded this year on Thursday, was the lowest seen in 37 years of record keeping, federal scientists said yesterday… El Niño,…

Every year, the cap of frozen seawater floating on top of the Arctic Ocean and its neighboring seas melts during the spring and summer and grows back in the fall and winter months, reaching its maximum yearly extent between February and April. On March… 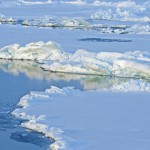 A study co-authored by Department of Marine and Coastal Sciences professor Jennifer Francis shows that an important contributing factor to Greenland’s melt is the decreasing Arctic sea ice that favors stronger and more frequent occurrences of blocking-high pressure events over Greenland. Blocking highs enhance the transport of warm, moist air over Greenland, which increases downwelling […]

“Here are some bags ready to be split,” says Brian Harman on a warm, sunny day last October before lifting a 40-pound bag and smiling at the tinkling sound made by the jostling of some 250 oysters. He wears black rubber boots that rise just a few inches short of the bottom of the back pockets on his blue jeans. He’s got on a T-shirt that says “Eat Oysters,” sunglasses to cut the glare, and blue work gloves… The industry began to recover, thanks to an MSX-resistant oyster developed by the Haskin Shellfish Research Laboratory at Rutgers, but in 1990 another oyster scourge, Dermo, hit oysters hard yet again. The Rutgers lab again rose to the challenge, selecting for Dermo resistance and maintaining its successful breeding program. The lab would also lend a helping hand in the launch of the Atlantic Capes Fisheries oyster-rack system by the end of the ’90s… “We can all take the same species of oyster from the same hatchery source and end up with a different-tasting oyster,” confirms Lisa Calvo, who farms oysters with her husband in the lower Delaware Bay. (Branded as “Sweet Amalias,” after their daughter, the couple sells them directly to a handful of Philadelphia restaurants.) Calvo is also the aquaculture extension program coordinator at the Haskin Shellfish Research Lab and knows well the important role that oysters play in a healthy bay ecosystem.

According to their website, “The New Jersey Institute for Food, Nutrition, and Health (IFNH) underscores the commitment of Rutgers University to new transformational initiatives across the many disciplines impacting food, nutrition, and health… The IFNH building is also home to the largest interior living wall in New Jersey with 46 species and over 5,200 plants covering 1,320 square feet of wall space… EcoWalls LLC, a leading US-based company focused on providing functional and sustainable solutions for vertical landscapes throughout the world, was the lead design consultant and manufacturer for the IFNH Living Wall. The EcoWall Living Wall System, a modular hydroponic vertical planting panel, is the building block which created the 1320 sq. ft living wall. The system was selected because of its strong ability to cater to long-term plant growth, resource efficiency, and reduced maintenance requirements through the use of a unique hydroponic technology utilizing foam as a substitute for soil.

Arctic sea ice appears to have reached a record low wintertime maximum extent for the second year in a row, according to scientists at the NASA-supported National Snow and Ice Data Center (NSIDC) and NASA… Arctic sea ice plays an important role in ma…

Computer models and field measurement conducted by researchers from Rutgers University revealed that vanishing Arctic sea ice, extreme weather systems over Greenland and widespread surface ice melting on the massive island are all tied to global sea level rise… The problem is that these weather events fuel sea level rise, according to study co-author Jennifer Francis, a research professor in Rutgers University’s Department of Marine and Coastal Sciences. The Greenland ice sheet holds an enormous volume of frozen water that, if melted, would increase the global sea level by 20 to 23 feet. This, in turn, creates a “monstrous” issue for coastal communities around the world.