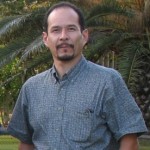 In a story Jan. 16, The Associated Press reported that the odds that nine of the 10 hottest years have occurred since 2000 are about 650 million to one… The story also reported that 2014 was the hottest year on record… An earlier version of the story quoted Rutgers University climate scientist Jennifer Francis as noting that the margin of error makes it uncertain whether 2014 was warmest, or the second, third or sixth warmest year. She said that regardless, the trend shows a “clear, consistent and incontrovertible” warming of Earth. That reference to the margin of error was dropped in later versions.

In the wake of the blizzard that wasn’t, New Yorkers on Tuesday were asking how the weather forecasters could have been so wrong… The answer, the forecasters say- and they are backed up by atmospheric scientists who do not have any reason to be defensive- is that they were not so wrong. Computer models predicted that the storm would become extremely powerful, which it did, but the intensification occurred 50 to 100 miles east of where the preferred model predicted it would… But David Robinson, an atmospheric scientist at Rutgers University, said that just because the European model was more correct on average did not mean that it always would be right. He likened it to baseball players. “It’s as if the Euro is considered the all-star and the U.S. is considered a good, solid, everyday player,” Dr. Robinson said. “But in any given game, the solid regular guy might get the hit while the all-star doesn’t.” 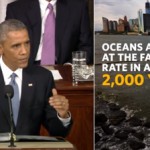 In President Obabma’s 2015 State of the Union address on January 20, a reference to Professor of Marine and Coastal Science Benjamin Horton’s research on sea-level rise appeared on a slide on the White House website during a live stream of the president’s speech as he told Congress and the nation, “if we do not […]

I’m strolling the grounds of the New York Botanical Garden, a quiet green space in the noisy heart of the Bronx. The sun is hot, but once I leave the neat, conventional garden beds and enter the Thain Family Forest, the air is cool under old-growth oak and hickory trees. And when the roar of a JFK-bound jet dies away, I can hear catbirds, white-eyed vireos and a kingbird running through their vocal repertoires… I’m walking the Spicebush Trail with Myla Aronson, a Rutgers University scientist who is the lead researcher on a groundbreaking study of biodiversity in cities across the globe—a study that refutes what she calls the myth of biotic homogenization. “Everyone assumes that because of globalization, cities are all the same in terms of the plants and animals you find there- mostly rats and pigeons,” Aronson says as we stroll.

With every winter storm, including the blizzard hitting the Northeast this week, climate change skeptics return to a familiar argument: If the world is getting warmer, why am I stuck out here, shoveling so much snow? Climate scientists tell FRONTLINE that blizzards don’t refute evidence of climate change- in fact, climate change can make blizzards more intense. The first thing people need to understand, they say, is the difference between climate and weather… “Weather is telling us what is happening at a particular time,” said Rutgers Climate Institute co-director Anthony Broccoli.

A blizzard with the potential to be the worst storm in more than four years is bearing down on New Jersey, one that could dump more than two feet of snow, render travel impossible and pour seawater into homes along the coast… If even half of (Sunday’s) predicted values falls, you’re still talking about 12 to 15 inches (of snow). That in itself would be highly disruptive,” said David Robinson, the state climatologist at Rutgers University. 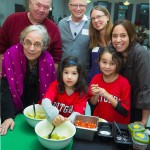 IFNH and ChopChop Magazine Host Former White House Chef in Cooking Demo for Kids Give a kid a fishstick and he will eat for a day. Teach a kid how to cook and he will go home and show his parents. It is no secret that wrapped in the intricate problem of the rise in […]

To honor the legacy of the Rev. Dr. Martin Luther King Jr., the Middlesex County 4-H Junior Youth Council came together to help others as part of their annual service project on Monday. Approximately 20 students in sixth through eighth grades, plus fiv…