It may be the timeliest — and most troubling — idea in climate science. Back in 2012, two researchers with a particular interest in the Arctic, Rutgers’ Jennifer Francis and the University of Wisconsin-Madison’s Stephen Vavrus, published a paper called “Evidence linking Arctic amplification to extreme weather in mid-latitudes.” In it, they suggested that the fact that the Arctic is warming so rapidly is leading to an unexpected but profound effect on the weather where the vast majority of us live — a change that, if their theory is correct, may have something to do with the extreme winter weather the U.S. has seen lately.

Pumpkin spice lattes, pumpkin pies, pumpkin picking. Given the preeminence of the orange squash and the number of products using its name, it’d be easy to think there’s no other fall flavor. Yet what about the pride of the Pine Barrens – that tart, rub… 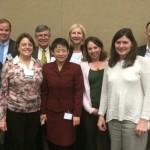 One day after an on-campus event celebrating the 150th anniversary of Rutgers’ designation as New Jersey’s land grant institution, an important component of that institution – the Department of Agricultural, Food, and Resource Economics – marked its founding exactly fifty years later, in 1914. The department’s centennial event, held on November 6th in the Cook […] 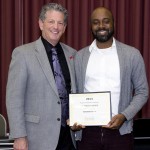 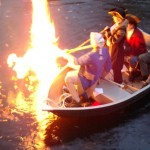 The Revolutionary War had ended and attention now turned to other issues. Debate ensued over the origin of the mysterious marsh blue flame, Will-o’-the-Wisp, which lured unsuspecting travelers to a boggy death near Rocky Hill. George Washington and Thomas Paine argued the origin was a flammable gas. In an experiment on November 5th, 1783, from […]

The State’s casino industry must work in partnership with the horse racing industry in New Jersey to enable both industries to remain sustainable according to a research paper released earlier this month by the Rutgers Equine Science Center. The report…

Rutgers Cooperative Extension of Somerset County recently announced that, along with their partners Hillsborough Township and Stony Brook-Millstone Watershed Association (SBMWA), it successfully obtained a $175,539 grant from the New Jersey Department … 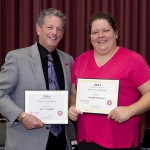 Little Known on how Wind Farms Affect Critical Mid-Atlantic Ocean Feature - The study, from Travis Miles, Sarah Murphy, Josh Kohut, Sarah Bosetti, and Daphne Munroe, SEBS DMCS, reviewed existing literature on how wind farm construction affects ocean environments in Europe, where most offshore wind farm construction has so far taken place, and lays out what can be learned from the European experience, and what aspects about potential interactions remain unknown.