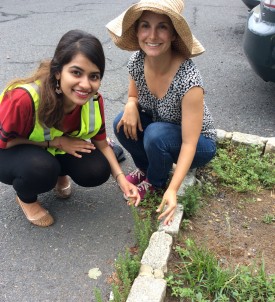 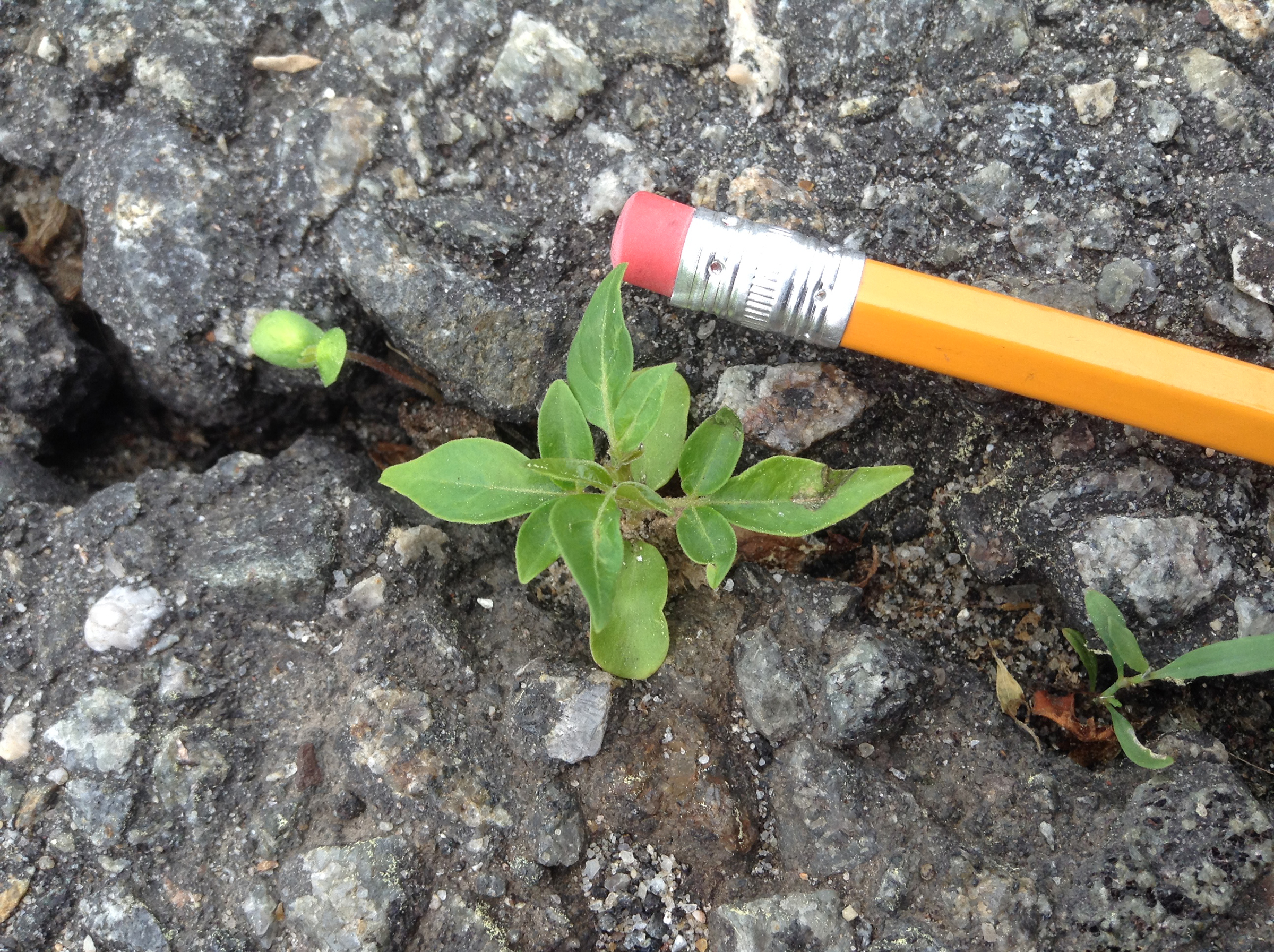 Also trees start out small: Here is a tree-of-heaven (Ailanthus altissima) seedling trying to get established in a crack in the parking lot. This is an invasive tree species from Asia that is common in urban areas. Photo: Lauren Frazee.