Money Smart Week is an annual event designed to provide consumers with free, unbiased information to better manage their personal finances. This year’s event will be held from April 5-12. Originating in Chicago in 2002, the program is managed by the Chicago Federal Reserve and includes successful campaigns in more than a dozen states, with […]

Nancy Haws has been bringing her 22-year-old son, Taylor, to “Special Friends Day” for 12 years. He doesn’t have many close friends, but this event gives him a way to make new ones and establish connections. “Special Friends Day,” a day joining Rutgers students and special needs children for a breadth of activities, had an uncertain future when the University’s Recreation Activities Crew disbanded last year…”Special Friends Day” took place in the Cook Douglass Recreation Center yesterday. An arc of balloons bearing Rutgers colors greeted special needs children and their parents.

Bruce Crawford, director of The Rutgers Gardens in New Brunswick, will be the guest speaker at the Garden Club of Watchung meeting at 1 p.m., Wednesday, April 2. Guests are invited to attend the free program to be held in the Parish Center, St. Mary’s Stony Hill Church, 225 Mountain Blvd., Watchung. “Planting for Sensory Stimulation” is Crawford’s topic, just in time for the spring gardening season.

The “warming of the Arctic” could become one of the greatest catastrophes in human history, even exceeding the notoriety of Adolf Hitler and Genghis Khan. Likely, it will impact more people than the combined effect of those brutal leaders. In fact, global warming may eventually be categorized as the greatest threat of all time, even greater than the Black Death’s 75-to-200 million dead, circa 1350…Research conducted by Jennifer Francis, PhD, Rutgers University – Institute of Marine and Coastal Sciences, shows that Arctic sea ice loss, with its consequent warming, impacts upper-level atmospheric circulation, radically distorting jet streams above 30,000 feet, which adversely affects weather patterns throughout the Northern Hemisphere.

For Anisha Kakar of Sayreville War Memorial High School, the depth of the threat that climate change poses to the planet and daily life, proved to be an eye-opening learning experience. The teen joined more than 130 others at the annual Rutgers Climate…

A large brush fire ripped through the Meadowlands near Kearny and Newark this afternoon, prompting NJ Transit to briefly suspend rail service on the Northeast Corridor and Midtown Direct, North Jersey Coast and Raritan Valley lines. The blaze was one of many that firefighters have battled throughout the state, as high winds and dry ground combined for ripe fire conditions. “This is going to be a problem until we get a few soaking rains,” David Robinson, the state climatologist at Rutgers University, said of brush fires. “This is really the beginning of the fire season.”

One of the upsides to the seemingly endless winter of 2014 was that you had time to think. And to ask futuristic questions, such as: What will the American Winter of 2114 be like? Here are some of the answers…”The meandering jet stream,” according to a BBC report on the findings, has accounted for “the bitter winter weather in the U.S. Midwest remaining longer than it otherwise would have.” Researcher Jennifer Francis of Rutgers University told the BBC, “We can expect more of the same, and we can expect it to happen more frequently.” 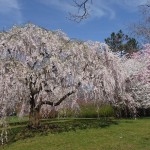 Editor’s Note: Two alumni have been instrumental in the care and maintenance of the remarkable cherry tree collection in Essex County. Paul Cowie is a consultant to the Branch Brook Park Alliance. He graduated in 1985 with a B.S. in Natural Resource Management with a concentration in Forestry. He cooperates with the Rutgers Master Gardeners […] 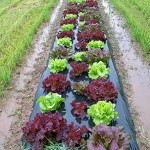 In February, 20 growers representing eight counties across New Jersey conducted a fruitful meeting with 10 Rutgers Cooperative Extension specialists and agents of the New Jersey Agricultural Experiment Station (NJAES). Held at Terhune Orchards in Princeton, NJ, the meeting was designed as a forum to discuss organic agriculture in New Jersey and to highlight the […]

Over the course of several weeks in January and February, Rutgers Cooperative Extension held a new farm business management program focusing on greenhouse production, Annie’s Project New Jersey for Greenhouse Growers, which featured a combination of classroom instruction and webinars. A total of 35 greenhouse growers participated in the program, the first of its kind […]