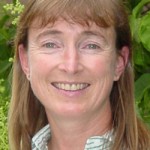 The recent weather outlook reveals unusual warmth in Alaska, drought in California, and cold in other parts of the U.S. The conditions that are causing these extremes are explained by Jennifer Francis of the Institute of Marine and Coastal Sciences, who describes how warm polar temperatures produce changes in the polar vortex to cause extreme […] 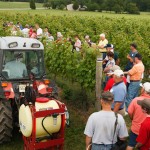 Profit is not the only thing that motivates farmers to engage in worthwhile Extension programs. As professionals working in agriculture, do we consider farmers’ personal motivations for learning when teaching improved practices or new technologies? Read more. 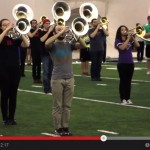 By Dorothy “Dory” Knipple ’17 (Animal Science) Editor’s Note:  Dory is first-year student majoring in Animal Science. She works as an office assistant in the Department of Animal Sciences through the Federal Work Study Program. The Rutgers Marching Scarlet Knights were chosen to represent New Jersey as a part of the New York– New Jersey […] 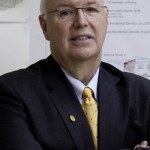 Mark Robson, dean of agricultural and urban programs and professor of plant biology and pathology at the School of Environmental and Biological Sciences, will present the Bloustein School’s 2014 Ruth Ellen Steinman and Edward J. Bloustein Memorial Lecture, “Rutgers’ Global Reach and Sustainable Agricultural Development: Challenges and Opportunities,” on March 6. He will present research findings […]

It’s a cliche that a picture tells a story better than a thousand words, and it’s really true in the case of this extraordinary map of weather modelling of northern hemisphere temperature anomalies (variations from the expected values based on climate records) for 29 January 2014. Its shows swathes of North America and northern Eurasia with winter temperatures up to 20 degrees Celcius (20C) below the average for this time of the year (deep purple), whilst much of the Arctic is up to 20C warmer than usual (bright red)…Professor Jennifer Francis, of Rutgers Institute of Coastal and Marine Sciences, says the Arctic-driven changes to the Jet Stream allows “the cold air from the Arctic to plunge much further south. The pattern can be slow to change because the [southern] wave of the jet stream is getting bigger…so whatever weather you have now is going to stick around.” 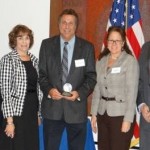 Rutgers online undergraduate education program in “Environmental Pollution and Organic and Sustainable Agriculture” was the winner of a 2013 Governor’s Environmental Excellence Award in the Environmental Education category. This award is presented to “an educator, student, group of students, or class that has planned and implemented a project or program with measurable, positive environmental impacts.”

The Mid-Atlantic Fruit & Vegetable Conference taking place this week in Hershey, PA, is in full swing, and sessions have been jam packed with eager attendees. Topics have ranged from challenges young growers face in the industry, emerging trends in…

The science of how salt affects the taste of food is more complicated than you might think – but it’s vital to understand if you want to improve your skill in the kitchen. Ferran Adrià once declared salt “the only product that changes cuisine”. This is because, as he and all seasoned cooks know, sodium chloride not only adds saltiness, which human beings innately adore (because we need it to live), but it also skews the overall flavour to positive effect…Paul Breslin of Rutgers University, who is pretty much the don when it comes to tasting science, gives the example of a grapefruit. Remember, the sweet and bitter notes will already be suppressing each other. “When I add salt to it,” he says, “I then suppress some of the negative notes, like the bitter taste.” By knocking the bitter down, the sweetness – “or other pleasant tastes, such as savoury,” he adds – are released from their bitter shackles. 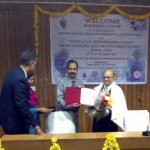 Distinguished Professor of Animal Sciences Dipak Sarkar, who is also the director of Rutgers Endocrine Program, delivered the prestigious 2013 S.K. Manchanda Memorial Oration at the Fifth Congress of the Federation of Indian Physiological Societies (FIPS) in Tirupati, India, on December 17. Selection as Foreign Scientist speaker of the FIPS Oration is the most prestigious […] 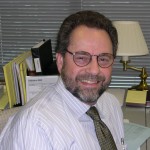 It’s fair to say that the youthful Jorge Berkowitz was “practical.” Although now a vice president of a major environmental consulting firm and a highly regarded expert in environmental and public health, he acknowledges that his goals weren’t so lofty in his early college years. He arrived at Rutgers in 1964 as a somewhat reluctant […]