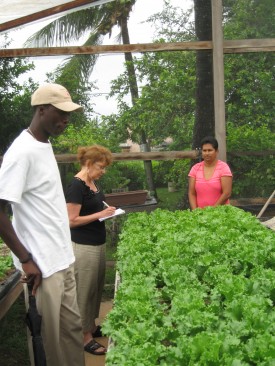 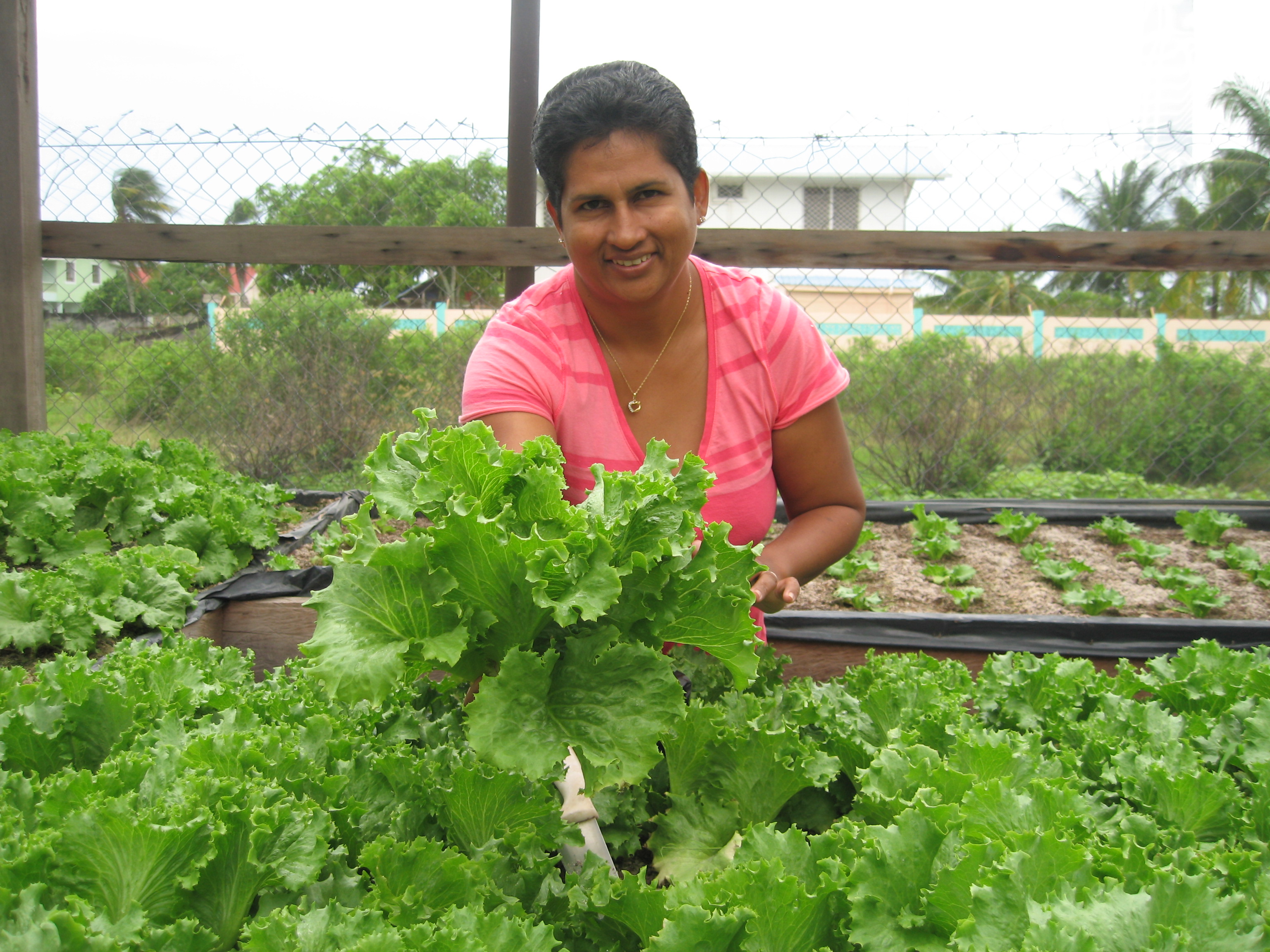 Shiromanie Isaacs, among the many women participating in the pilot hydroponic vegetable project, harvests lettuce in Region 4, East Coast Demerara. 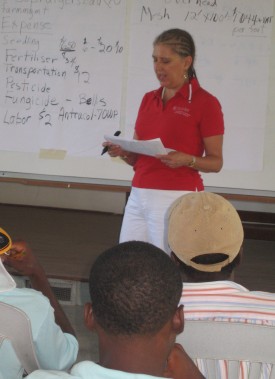 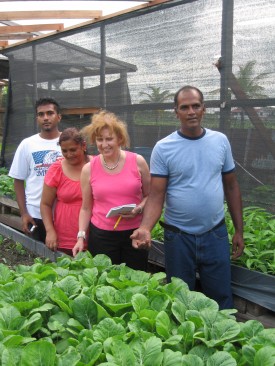